In my project release 0.4, I still worked on the webmaker app project. I was working on the issue#569, which are the UI adjustments on Sign In. The code that I fixed is in webmaker-login-ux, which webmaker app uses for log in. My pull request is here. And the screenshot after fixing is as follows: 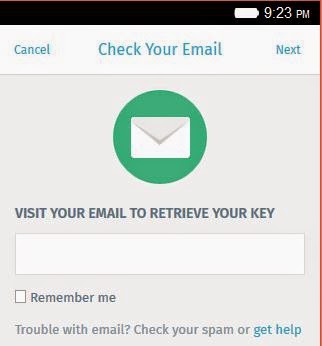 In this October, the 13th FSOSS conference was held in Seneca@York campus. I participated as a volunteer. There were more than 200 registered audience, nearly a hundred more than the number in last year. From the number of FSOSS participants, we can see there are more and more people interested in the open source.

I followed the instruction to build Firefox in my laptop, which is x64 system, using OS Windows8.1.

First of all, check the prerequisites.
Check if all of windows build prerequisites are installed in the computer. At this point, I have to install MozillaBuild package. I downloaded and installed the latest version of MozillaBuild in fold c:\mozilla-build.

Next, start the building environment.
In folder c:\mozilla-build, type start-shell-msvc2013.bat to setup building environment because I have install visual studio 2013 installed in laptop. Then it enters a linux mode in window power shell.
Running start-shell-msvc2013-x64.bat generated the error in building (4:21.90 configure: error: You are targeting i386 but using the 64-bit compiler).


Run command ./mach run in the same fold as above. Firefox Nightly browser will be started as follows: 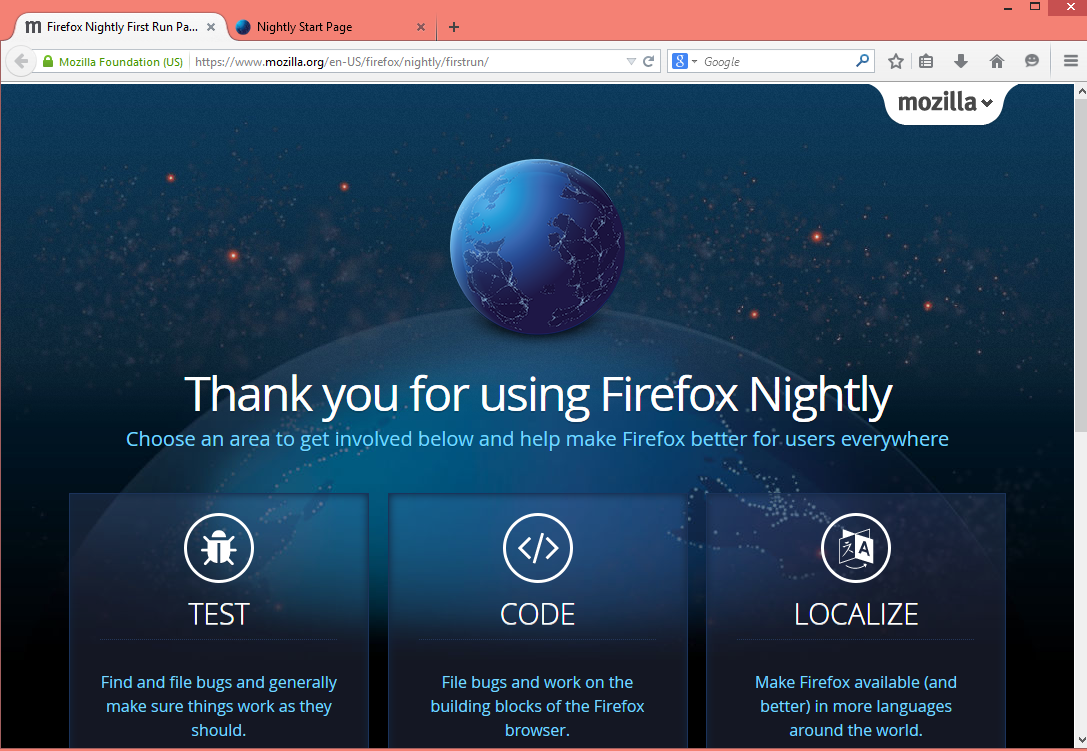 Grunt and Gulp are the popular task runner in Node.js projects. In release 0.1, I have used Grunt in Filer project. And webmaker project uses Gulp indead. I did some research on their similarities and differences.

Both Grunt and Gulp are to build the process in Node.js base. But they have different mechanism. Grunt has longer history and Gulp is new.

Plug-ins:
Both Grunt and Gulp relies on the plug-ins to build tasks. They have large plug-in base. Developers rarely need to developer own building tasks. Grunt has better community support than Gulp since it has longer history. Grunt plug-ins often perform multiple tasks; Gulp plug-ins are designed to do one thing only.

Mechanism in building process:
Grunt needs to generate intermediary files (.tmp/) to disk during the building process. It uses declarative approach to build tasks. When the build flow is large, it will be hard to figure out the task execution order. Also, the development team needs to write the maintenance code.
Gulp is a streaming building system. Streams is the most important concept of Gulp, which means that you input your files into a pipe from one end and generate the output file from the other end without any interruptions in the middle of the process. It makes your task definitions a bit easier to ready. And it does not have the disk I/O issues since it does not have the intermediary file written to the disk. However, Gulp requires developers know Node well to deal with streams, pipes and asynchronous code.

Gruntfile.js vs. Gulpfile.js
Grunt uses JSON-like data configuration files. And Gulp use Javascript code. There are examples getting from Filer project and Webmaker project. 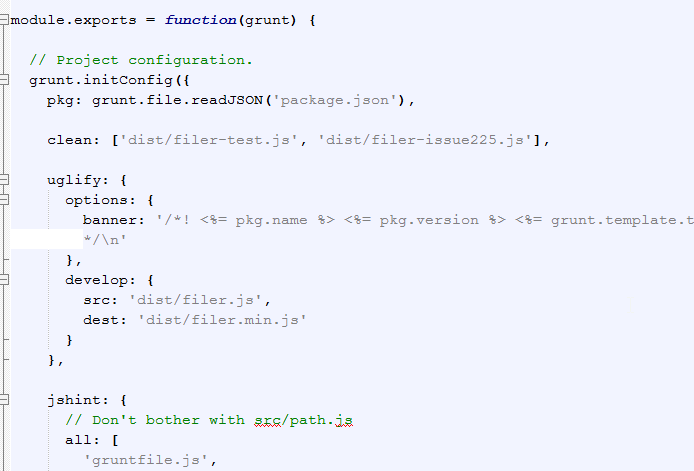 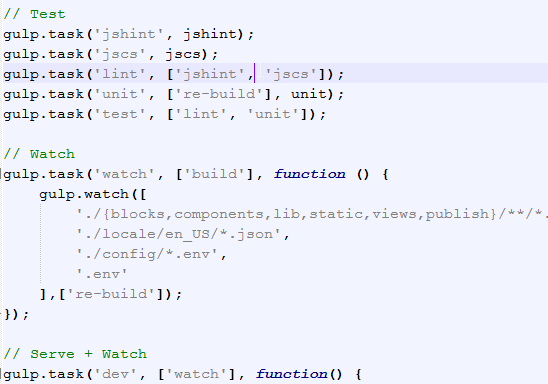 Both of them have advantages and disadvantages. Developers would consider them to choose the best suitable one. As a beginner in open source community, it is good to learn both of them to help understand the system I am working on.

I chose to stay in webmaker project for my release 0.3 project since I have worked on this before and am interested in this project. I picked up the issue #498 and then worked on it for several days. I noticed that this project uses page.js to direct routing. It took me some time to understand how page.js works, but finally found out page.js does not have the functionality to refresh the page. Then I used location.reload() to do so. After doing release 0.3, I got to know more about webmaker My pull request is here.
Posted by Lily Fan at 22:44 No comments:

On OSD600 class on this Monday, we had a discussion on how to build a software production pipeline that can strategically benefit from a vibrant open source community from many aspects, such as big corporations, small shops, students and so on.

We had a lot of ideas, which can be categorized into following aspects:

Today, Jordan Theriault introduced Less.js in the OSD600 class. Less.js gets popular recently. It is a CSS framework working with Javascript in client-side. I started to learn and use it when I worked Mobile Webmaker project.

Less.js have some advantages:

Those features of Less.js make it easy to operate to group things and generate CSS files. Moreover, the developers are easy to modify .less files with those features by reducing the redundancy of the code.

In the future, I will dig deeper into Less.js with continuously working in Mobile Webmaker project.